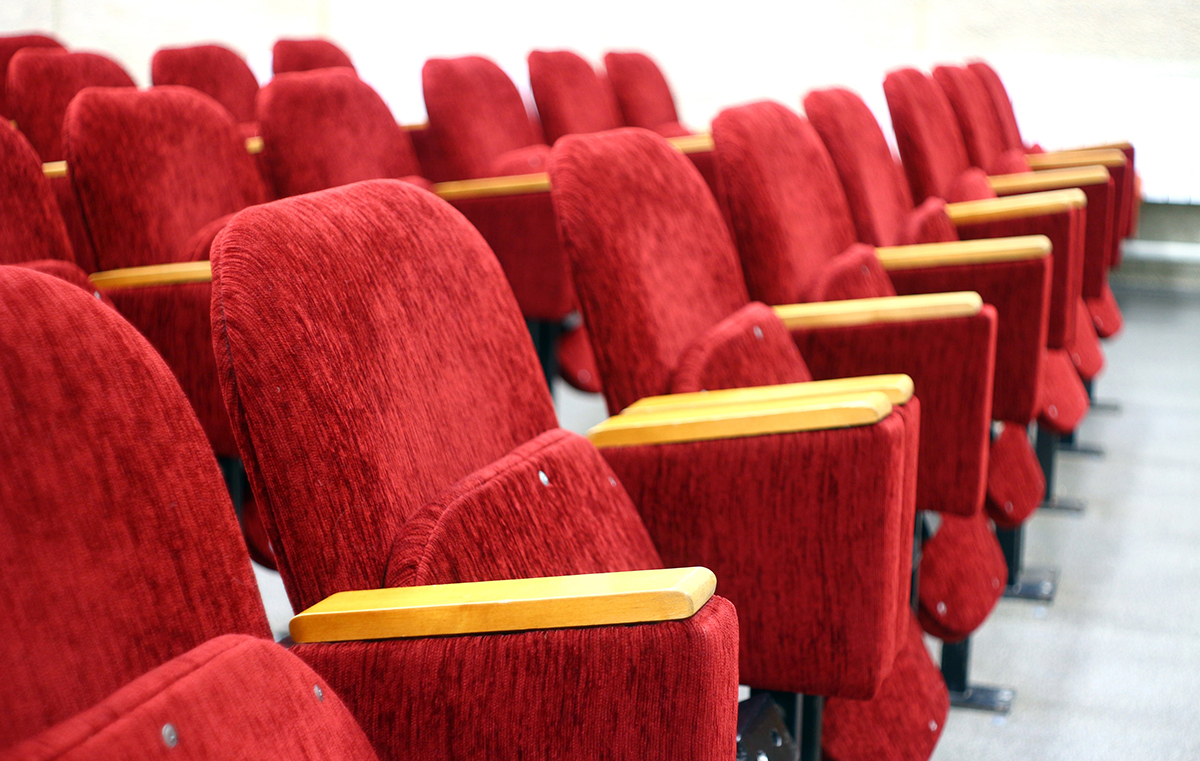 Our Arts and Culture product is tailored to meet the specific needs for nonprofit theaters in an all in one package. We can offer coverage for the organization’s general liability, property, liquor liability, inland marine, fine arts, directors and officers, employment practice, auto and umbrella.

A patron attending a classical performance slipped and fell in the bathroom of the theatre. The patron broke his arm. The patron filed a lawsuit against the organization for pain and suffering, medical bills and rehabilitation expenses.

A water pipe bursts in a theatre, resulting in extensive damage to the set, props and wardrobe. In addition, the incident causes the cancellation of two performances, forcing management to refund two nights’ box office receipts. The organization suffers a loss of $50,000 for property damage and business income.

During an overnight trip, the theater group locked its equipment in the van and spent the night at a hotel. Later that night, someone used a crowbar to pry open the van and stole all the theatre equipment. The next morning the director noticed that the equipment was missing and notified the police. A total of $9,700 of equipment was stolen.

A donor made a large contribution to a theater group. The funds were to be used primarily to expand and update the existing theater. Instead, the theater group, through its executive director and board of trustees, decided to use the funds to take a trip to see a Broadway musical. The donor filed suit, alleging misappropriation of funds. The damages included return of the full contribution plus interest. As some of the money was already spent, the nonprofit would be financially unable to return the entire donation.

Parents of a child in the community theater sued the organization, alleging negligent hiring of the choir director who improperly touched their child during a practice rehearsal.

A local theater suffered a broken shaft in a 400 horsepower centrifugal air conditioning compressor. This resulted in $36,000 in property damage and $28,000 in business interruption, as the theater had to shut down operations for one day.